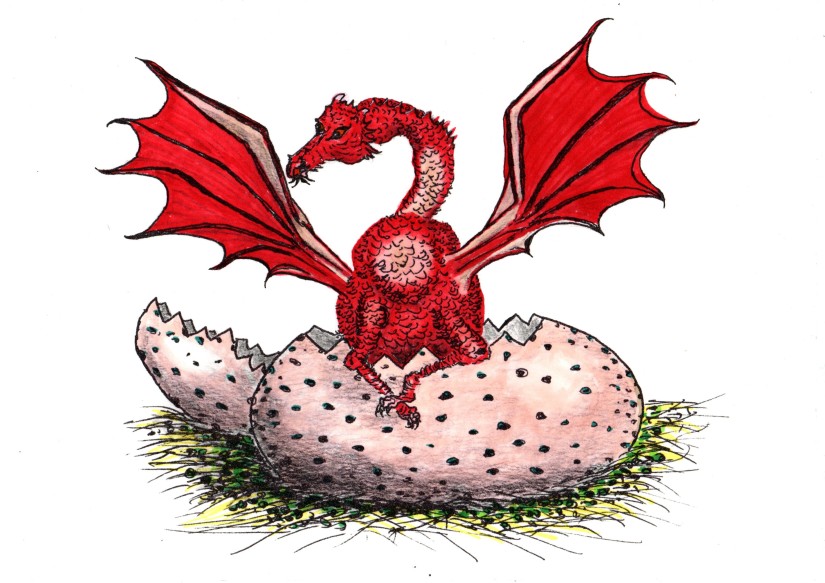 I took my time walking or rather slipping and sliding across the shale-blanketed incline. The sky, grey and overcast, shared drizzling rain, stinging my face like hundreds of midges flying in the wind. An early morning sun, hidden from sight, lurked somewhere high above in the vast sky. It looked like a grey day ahead. Stooped, in an attempt to shield my eyes from the rain, I struggled on, the path beneath becoming more and more precarious with each step, sloppy and wet, legs like jelly, feet slipping, and shale sliding under the soles of well-worn boots. A sound staff in my right hand provided some support, but even that slipped as well. This was a journey inevitably slower than in more clement conditions.

It was an important day, and I needed to be alone with so much to consider, both from what had passed and what was yet to come. Hence this journey to the secret cave.

Begging pardon from Owain, with the trial concluded and Usk and Edmund on their way back to London, I left Syncharth with a bedroll, trusty staff, and food for a few days. Of course, I could have used a time portal to get to this sanctuary quickly, but I needed time to think and walking always aided a clear head. Riding was out of the question for this trip, so Merlina, my old friend, and steed grazed in the paddock at Syncharth as I set out alone before the sun had risen this morning. The rain became heavier, huge drops splashing upon rocks, soaking my outer layer of clothing, my boots getting wetter with each step. I noticed an overhang of rock about two hundred paces in front of the track, halfway up the next turn in the ridge contour. Deciding this would make a good shelter until the rain passed and the sky cleared, I made my way towards it.

Sitting under the overhang gave good cover from the rain. The roof jutted out from a rock face over boulders of varying sizes, providing a natural shelter for all who may pass by. Animal droppings scattered here and there informed me of recent visitors – rabbits, fox, and badger, but I was the only inhabitant that I could see today. Wolves, wild boar and bears roamed in the mountains and it was not unusual for lone travellers to be killed, especially in winter when it was hard to find game. A comforting thought for me, of course, was that now it was the height of summer, the month of August halfway through its time, so the chances of me becoming repast for a carnivore lessened, but not entirely, as there were always chance encounters.

It certainly seemed as if the rain would not let up, never stopping, simply fluctuating between light and heavy, yet ever constant. At least my clothes and boots now had a chance to dry out a little. When it became obvious I would be needing this shelter for longer than I would have liked, I lit a small fire in a recess, hung my outer clothes to dry and boiled some water for a mug of herbal tea. I always carried valerian root in my medicine pouch. It helped to calm me, especially when I was worried, and I was worried.

The ‘dragon was on the rise’ just as predicted by The Prophecy, The Prophecy which I and others had given their lives to serve. War loomed on the horizon between England and Wales, storm clouds gathered, and next month Owain would be crowned Prince of Wales. I knew this event would mark a turning point in history; it could not do otherwise. Wales had been dominated by unjust rule since Edward I. Stamped upon, ignored and ill-treated, it would soon rise, united as one, behind Glyndwr, the true Prince of Wales. But what of the outcome of such actions? This, together with other concerns, flooded my mind. I took a healthy sip of valerian tea and stared down the mountainside.