Sunday 2 June welcomed our major fringe event for the weekend, Literature Fest and Book Fair. I was so privileged to welcome so may authors of sound literary standing from Wales and beyond. Sadly we had a tremendously wet day, with showers throughout however, it did not spoil the fun and creativeness unfurling. Some authors gave readings, delighting others with excerpts from their tales, whilst others chatted to festival goers, signing books and other ‘author y’ behaviour. Such a lovely crowd of talented folk. Will we do it next year? Yes I think we will. Grateful thanks to the Mayor of Llandovery, Louise Wride for opening the Literature Fest and Book Fayre and the Castle Hotel for hospitality. More importantly, thank you to our authors!

Saturday brought warm weather and sunshine for most of the day, which kicked off at 1130 am with an open mic session for festival goers wishing to entertain. We were privileged, Her Worship the Mayor of Llandovery, Louise Wride opened the day, welcoming folk to this historic town.

Fil Zeibicki, our winner from 2018 was the first of our acts to step on the stage. Fil has had a busy year since winning the competition and in good Lazzmatazz tradition, the previous winner of the Welsh Connections / Lazzmatazz Songwriting Competition, always opens the festival program on the Saturday. Fil did not disappoint, playing a lively set with strong vocals we are now so familiar with.

Marc Gordon, a good friend and sponsor of the ‘Runner Up Prize’ for our competition came next. Playing his own compositions with a fusion of blues and classical arrangements, Marc mellowed our audience in the sunshine.

We were about to be in for a shock, but nobody knew, especially me. Until that is, Christian Arron Perry and Mia took to the stage. Arron played a few tunes solo and then, was joined by Mia. She is the youngest artist ever to perform at Lazzmatazz, being a tender age of twelve years. As I listened, my heart and soul were moved by this voice, echoing around the festival. As I looked around at the audience, everybody and I mean everybody was silent, transfixed by Mia’s performance. I think this young lady will go far, as the audience clearly agreed, by sharing a rapturous applause. And readers it was well deserved.

Ronnie Three Chords, a blues guitarist in the style of Joplin was next. Ronnie played with his heart and soul and an appreciative audience shared their love.

I thought the next act was a Canadian lumberjack, he looked like one and Candy Mountain, played with the strength and fortitude you might expect from a woodsman. Powerful earthy vocals with driving guitar and original compositions. A very strong performance.

Following the Welsh Connections / Lazzmatazz Songwriting competition, it was to time for the chairman of our judges panel, Paul Nicholas to step up to the microphone. Paul is a seasoned performer, having played extensively in Europe and the UK. His passionate self penned compositions have received radio play globally. Fresh from the Tredegar Folk Festival. Paul did not disappoint, the audience transfixed by haunting vocals, moving lyrics and beautiful guitar playing.

Our second local Llandovery act of the day, Will Jones stepped on the the Lazzmatazz stage with great confidence, one man and his strat! Playing a few covers and his own material, young Will is a promising young performer, giving one hundred per cent of himself. https://www.facebook.com/gail.adams.568/videos/10218541369264520/ Fresh from a working holiday in Borneo, Frost and Rose approached the microphone. Harry Frost is a talented guitarist providing accompaniment for stunning vocals from Rose. Shades of Amy Winehouse, rattled in my head, and like Amy, Rose has an extensive vocal range, an incredibly hypnotizing set, not to be forgotten. https://www.facebook.com/frostandrose/videos/916593832018135/

Next up, the Glass Dolls, hailing from Swansea. This five piece band consists of Kelly Bolch on lead vocals with harmonies by Rhiannon Lewis, percussion from Andrew Griffiths, bass with Marvin Medwell, and lead guitar, Andrew Vorn. An incredible set that began on the main stage, but half way through, the heavens opened and ‘rain stopped play’. Within 15 minutes they were up and playing again on the main stage in the ballroom, all dry and snug, thanks to the speed and professionalism of Cariad, our stage management team. A spellbinding set and very well received by the audience. Another Swansea musician followed the Dolls. Christian Sayers, now playing solo after leaving Portraits some months ago. He is a sound performer with an excellent voice, accompanying himself on guitar. His set of self penned songs was powerful in every respect and one can see why he has been selected for the Voice!

Finally, on Saturday night, our headliners The Fireside Family, with their theatrical show of self penned songs took to the stage. Harmonies, percussion and guitars blended hypnotically and the audience were mesmerized as was I.

What a day of great fun, music and entertainment and what better way to end, than with a festival jam, that ended around 230 am. I have to be up at 730 to set up the Literary festival for tomorrow, Sunday…… hardly worth going to bed, but worth every minute.

Three days of music kicked off on the Friday evening, after the Mayor of Llandovery opened the Festival. The Unknown were first to play and what an extremely promising young band they are, shades of the Manic Street Preachers and their own brand of tunes to tap yer feet too, lyrics to sing along with, and a great set to start the evening with.

Next up, the haunting tones and melodic guitar of Stephen P Greenhalgh from Cardigan.

Festival goers were in for a real treat with our next performer, Bob Woods. A very funny man, who brought back to our memories the wonderful satire of Tom Lehrer.

Nathan Laurence stepped up on stage next. A grand folk singer and multi instrumentalist, entertaining the audience with guitar, flute and other instruments and of course, his unique voice!

Followed by Jam Jar Blues, a duo from West Wales playing the history of the blues!

Then it was time for our first headliner of the festival, Harvest. Harvest are a duo from West Wales, Tim Greenwood and Peter Williams. An entertaining and memorable performance with loads of Simon & Garfunkel tunes. Excellent picking and close harmonies, a grand act!

Back tomorrow with Day Two of Music, Merriment & Mayhem

I just love the summer, don’t you? It started with a big bang for me last weekend as LAZZMATAZZ 2019 hit the historic town of Llandovery, for three days of music, performance poetry, storytelling and literature. The festival was opened by the Mayor of Llandovery, Louise Wride.

Now in its fifth year, the festival which is a platform for new talent was busier than ever with over 25 acts on the main stage, Fringe Events, Literature Festival and Book Fayre, and Craft Market.

There really was something for everybody and I am really proud of our small team that made it all happen. The venue for the festival is the Castle Hotel in Llandovery, and the hospitality for festival goers was incredible.

We were lucky for a little while on Friday as the weather held and all was outside on our main stage. Saturday a day of sun and everything was grand until about eight in the evening when the heavens opened.

Cariad our, stage management team are based in Wales, they know rain! Within fifteen minutes they had moved the desk, lights and pa and the Glass Dolls continued their set on our Ballroom Stage.

Excellent work guys. The sad thing is, Cariad moved from inside to out and back, four times over the weekend. But this is Wales and Cariad are an excellent stage crew. ‘Impressive’ I hear you say, it was! The Welsh Connections Lazzmatazz Songwriting Competition 2019 had seven finalists this year and was won by Erin Lancaster.

The judges had a dreadful time trying to decide on ‘runner up’ and in the end, announced ‘joint runners up’.

They are Christian Aaron Perry and Tim Greenwood, both of whom passionately performed, stunning our judges.

We held the Tim Williams Award for Performance Poetry on the Sunday with five finalists.

In this competition historically, we have only awarded a first prize. This year there was a clear winner and Trudi Petersen took the award home. But for the first time this year, the judges awarded ‘highly commended’ to David Thorpe a local poet from Llandovery. 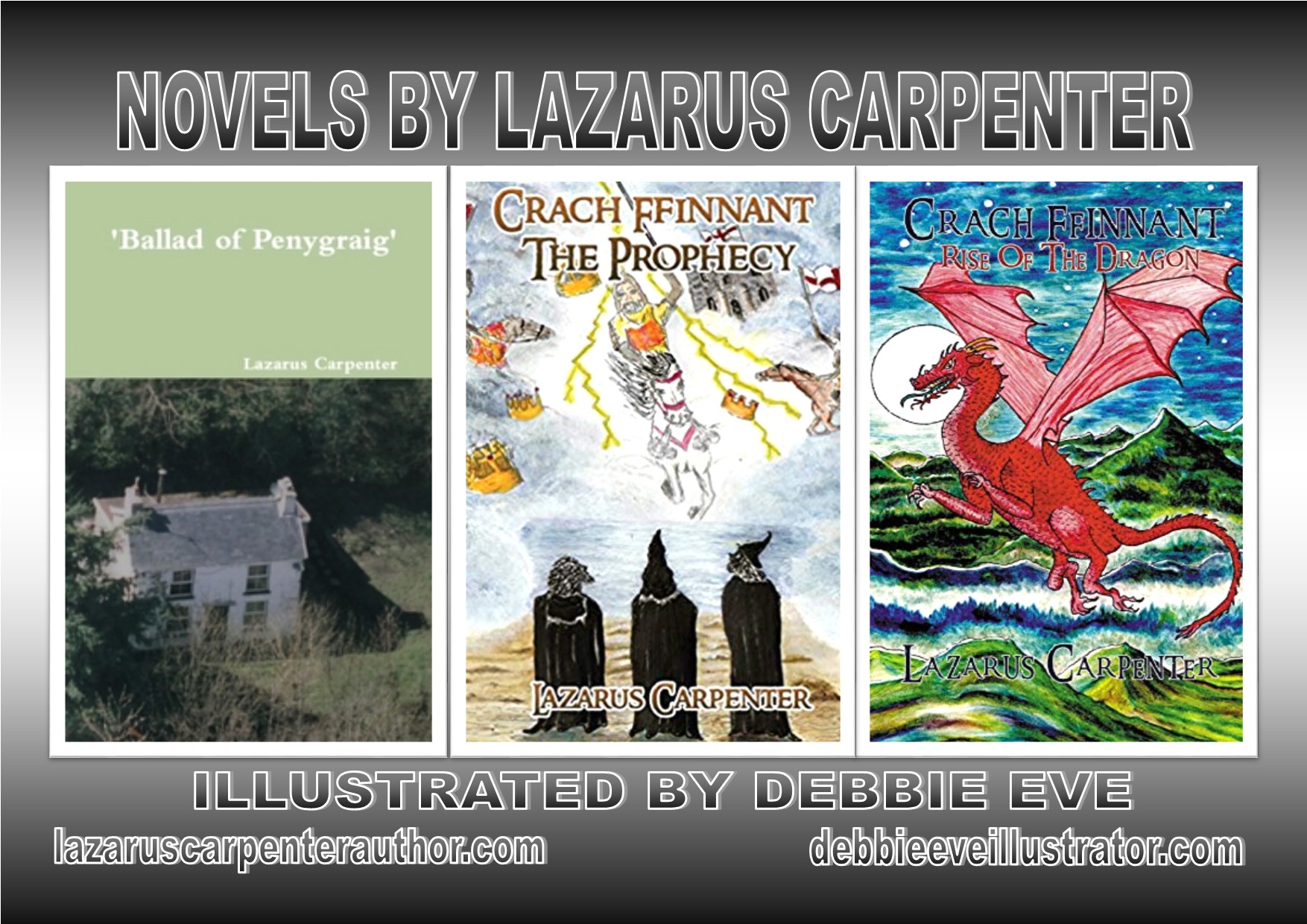 RISE OF THE DRAGON