Skip to content
Aug 27, 2018 lazaruscarpenterauthor
Friday afternoon, a weather forecast with the phrase, ‘cats and dogs‘ springing to mind and ‘Dippy‘, our little ‘home from home on wheels‘ all loaded up with goodies, instruments and all, we set off in the rain for pastures new. A road trip of scenic splendour and bliss is an apt description. Of course the idea of a Bank Holiday weekend and possible traffic hold ups, leaving earlier and avoiding motorways proved to be a good one. Very few cars did we see, not one caravan and only a couple of bikes, but heaps of beauty. Dodging showers, occasional downpours of the ‘torrential type’, roads disappeared in the mirror, Tafarn Bach drawing ever closer. Time for a short stop and a cuppa! 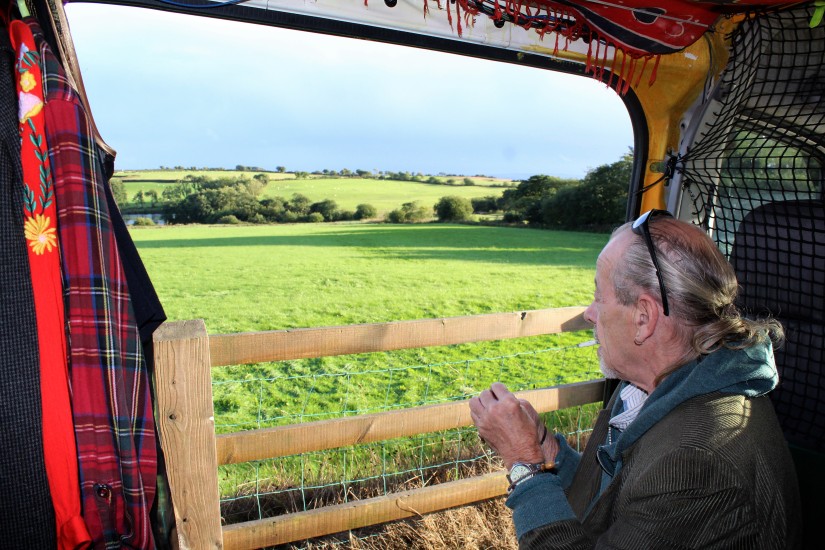 Sat-Nav’s are indeed a wonderful invention, especially for someone like me, who ‘couldn’t find salt water at the seaside‘ however, is it not quite mystical how a post code can include such a vast area? With steam and the odd frustrated buzzing ushering forth, ‘voice‘ went into overdrive, now fed up with telling us, ‘we had arrived at our destination’. But, we did, eventually!

Tim and Sarah welcomed us with huge smiles and mugs of coffee. Tim suggested a great spot for ‘Dippy’, even had our own decking. Friday evening at Tafarn Bach is also a regular weekly ‘musical get together’, so coming earlier, I got to have a pre-festival jam and nicely warmed up for Saturday. The heavens continued to share bucket full’s, on and off throughout Friday night and into the early hours of Saturday. As Deb, Noodle and I struggled to wake from a blissful sleep after such a pleasant ‘night before’, Tim, Sarah and team were busy putting the finishing touches to the festival site and the sun was shining. 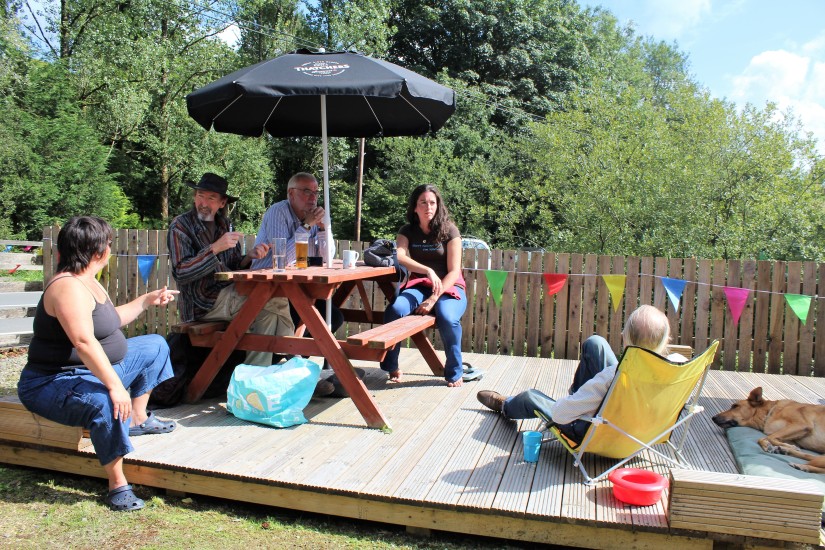 Tafarn Bach Music Festival Programme kicked off sharp at 1400 and I must digress and say something at this point. Tim is amongst other things, a former Royal Marine with a distinguished service record. And I guess this is the reason everything occurred with such military precision without so much as a hitch and their team worked so well. Given this was their first festival, other festival organisers could learn a thing or two from this newcomer to the circuit. Sarah managed hospitality with the same degree of professionalism, food you just so wanted to keep eating. And my dear friends, they never stopped smiling, all day.
So, back to ‘kick off’! Marc Gordon from Newcastle Emlyn, noted blues guitarist and composer chilled everybody into the afternoon. It is good to see Marc out on the circuit again after such a serious illness and I know everyone will join me in wishing him a speedy recovery back to full health.

Teller Dog String Band struck up a jigging set of foot-stomping blue grass and celtic dance tunes. A well seasoned (hope they don’t mind me saying so) group of very talented instrumentalists individually and as a band, difficult if not impossible not to like and walk away from with their tunes not ringing in your ears.

One of the highlights of the afternoon for me was ‘On Your Feet’. Normally a five piece, the trio on the stage blew me away with nostalgia and tunes played in a word, brilliantly. The lead guitarist, smooth, every note of a cover as the original, equally so was the bass player. But I could not take my eyes off the drummer. Why? Because he reminded me of Dave Clarke from the sixties, Dave Clarke Five. Precision and control, vocals and spinning sticks and he looked like a bank manager, even down to his beautifully pressed suit. What a band!

Had a bit of an afternoon strum myself too! I loved opening with ‘Man With No Sign’, never done that before! I will again though, it worked really well. 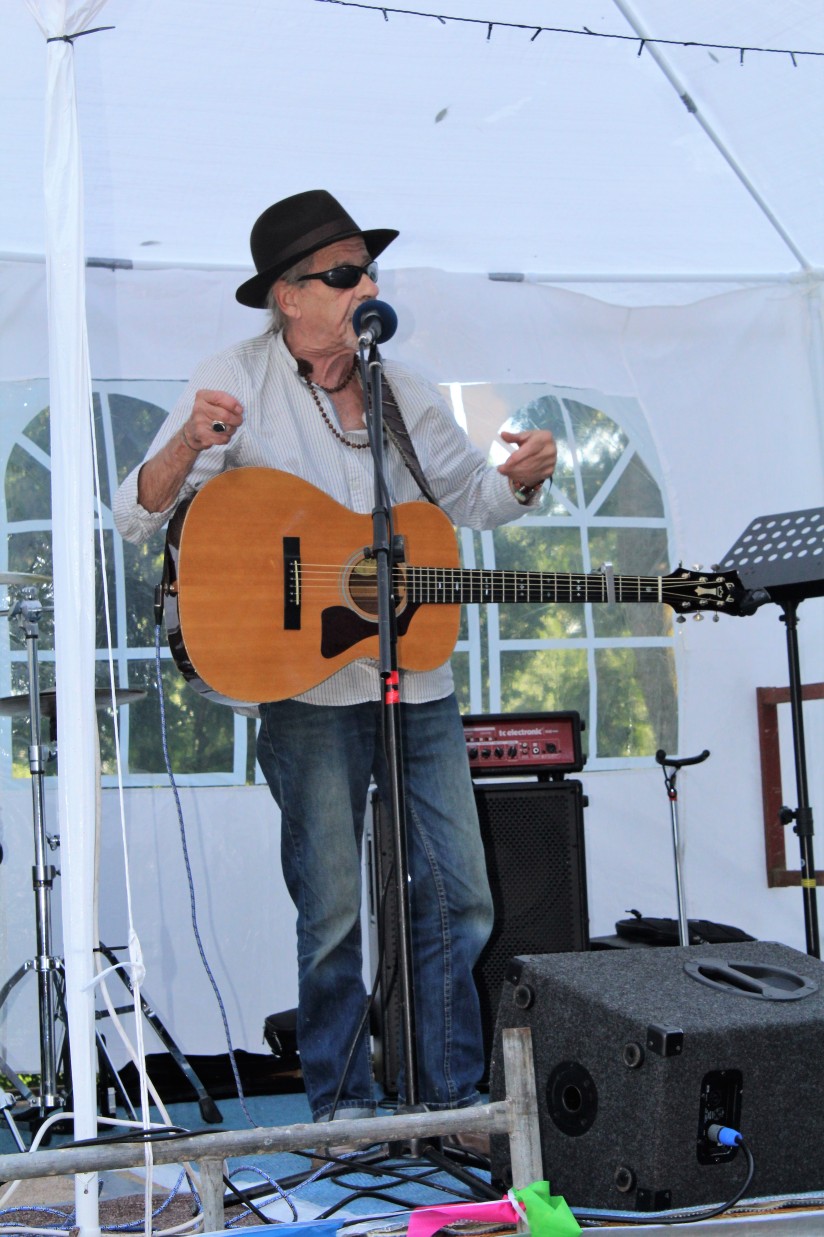 It is always a pleasure to see and hear new talent and this young lady Jessie Rose, fits the bill. Refreshing in the extreme in terms of vocal quality and originality in tone, pitch and scale. She is mesmerizing to watch with expressions a videographer would die to film. Jessie made the hairs stand up on the back of my neck and other than Kelly Marie Bolch from Swansea, rare for me. Watch out LAZZMATAZZ 2019, Jessie will be there.

Bob Evans from Brecon said to me before he stepped on the boards, ‘I’ve got to follow her!’ Meaning Jessie of course. But follow her with style he did, with some country renditions and covers. Just wish you could see the wicked shoes he was wearing.

Talk about snapping unexpectedly, thanks Tim! 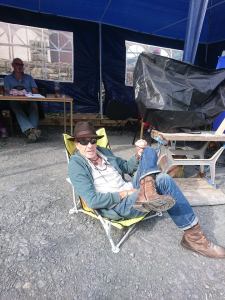 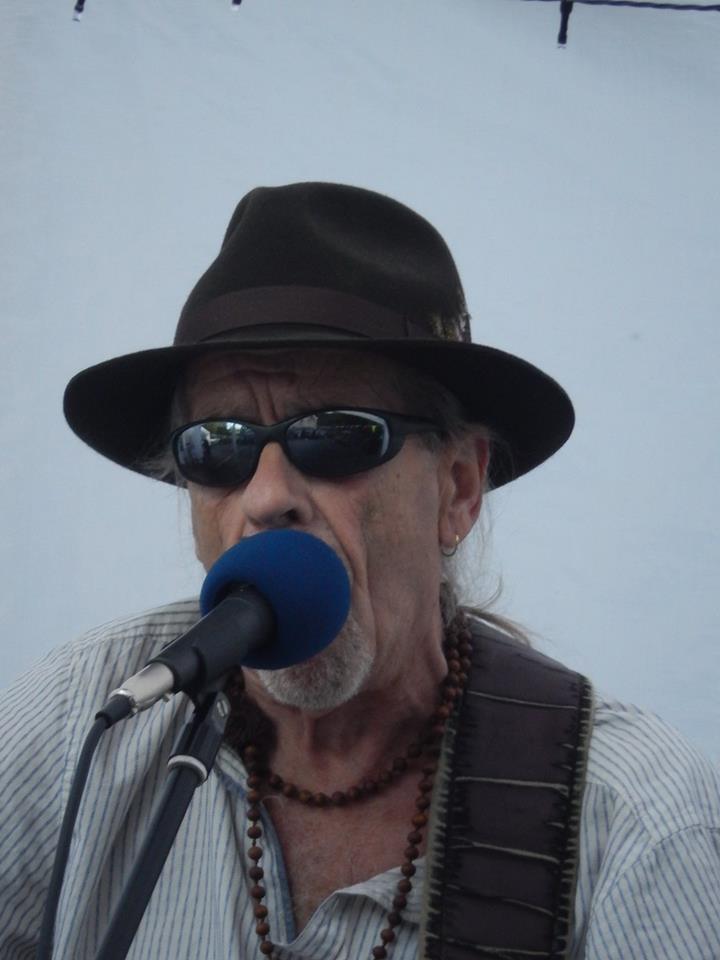 I am a little frustrated I do not have any photographs of Reefy Blunt and the Bifters. Energy shot in all directions from centre stage, a frontman with so much presence and charisma. A muscle, nay not a sinew slept as he bounded and bounced across the stage for well over an hour. Their final number, Wooly Bully (Sam the Sham and the Pharoes) is one of my all time fave’s from my Top Rank Days, real nostalgia!

There were other acts I have missed because I was munching or nattering as we do, but at the end of the night after such bounce, Tim and his best mate stepped on the stage and performed a Simon and Garfunkel Tribute. Their harmonies and renditions echoed into the darkness. Lazzmatazz 2019 methinks!

Tim ended the evening with Van Morrison’s, Into the Mystic which is just where we had all been and were still. Chilled air around the gills, main stage closed, all adjourned to the bar for a grand session. I can’t remember what time Deb and I finally hit the sack but I know this, it was a day to remember. And the little fellah in the photograph offered me £300 for my jacket, which of course I kindly declined, referring him to Ebay.

A final word. Tafarn Bach Music Festival 2018, a first and a success, thanks to Tim and Sarah for hosting and you should both be proud. Roll on Tafarn Bach 2019.
Tafarn Bach – Castell Howell Arms
Pontsian
Llandyssul, Carmarthenshire SA44 4TZ